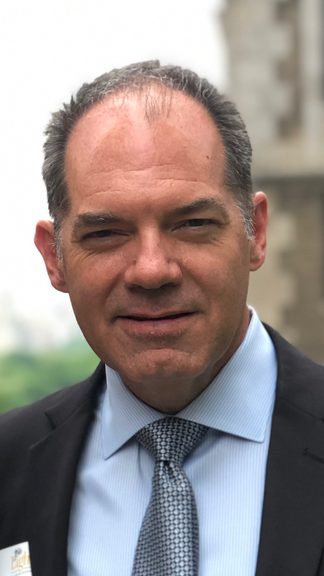 In addition to performing as a soloist with the Marine Band, he has been invited to perform as a soloist at the 2005 and 2007 Eastern Trombone Workshop in Washington DC, the 2013 International Trombone Festival in Columbus GA and has given recitals in Ostend Belgium, Fasano Italy, Panama City Panama and throughout the US in many of our nations prestigious universities and conservatories. Mr. Phillips recently performed a recital and was an invited clinician in August of 2014 at “Trombonanza!” - a weeklong internationally renowned trombone festival and workshop in Santa Fe Argentina.

As trombonist with the “President’s Own”, Mr. Phillips has gained extensive experience as a soloist. In the fall of 2000, Mr. Phillips was the soloist on the Marine Band’s fifty-two day national concert tour and has soloed numerous times with the Band at Wolf Trap Farm Park, Kennedy Center, and the National Mall. Mr. Phillips gave the world premiere of “Tarkus” by Scott McAllister, for trombone and orchestra with the Harrisburg Symphony Orchestra in May of 2007 and was an invited soloist at the prestigious Eastern Trombone Workshop performing “Tarkus” with the US Army Band in 2008. Mr. Phillips premiered “Tarkus” in Brussels and Ostend Belgium with the Belgium Radio Orchestra in 2009. The work received rave reviews and was featured in a recent New York Times article on trombone soloists and commissions along with works by Scott McAllister, Christian Lindberg, Melinda Wagner and Christopher Rouse. 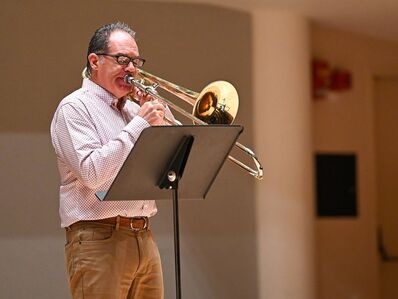 Mr Phillips has released two solo CDs on the Potenza Music label titled "Stepping Stones for Trombone" Volumes 1 and 2. “Stepping Stones for Trombone” is now available at www.justforbrass.com He has also released and two chamber music CDs on the Albany Records label with Stentorian Consort. “Myths and Legends” features all premiere recordings by Stentorian Consort containing exclusive first recordings by Fisher Tull, Eric Ewazen, Charles Wourinen, Leslie Bassett and others. The Stentorian Consort’s second CD – “Diversions” is a highly acclaimed collaboration with Joseph Alessi (New York Philharmonic) and also features newly commissioned works for the trombone quartet and soloist.  He can also be heard performing all of the trombone tracks on the Discovery Channel’s “Shark Week” and the Animal Planet’s “O’Shea’s Big Adventure.”

Mr. Phillips has been a featured artist at the Alessi Seminars in 2005, 2007 and in Italy in 2010 and remains active as a soloist and clinician around the country. Most recently, Mr. Phillips was a semi-finalist for the assistant principal trombone position with the New York Philharmonic. During a relatively short full-time teaching tenure at Baylor, Mr. Phillips’ students have been selected as finalist and winners of national and international solo competitions, quartet competitions and are performing in full time professional orchestras or teaching at major universities. 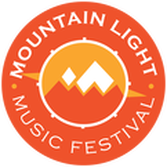 Mr. Phillips grew up in Houston Texas and attended Westfield High School under Director of Bands, Philip Geiger.  His primary teachers were members of the Houston Symphony and the Houston Grand Opera and included Jim Pedigo, David Waters and David Kirk.  He also studied briefly with Alan Barnhill and John McCroskey of the Houston Symphony as well as Per Brevig of the New York Metropolitan Opera and John Kitzman of the Dallas Symphony Orchestra.  Mr. Phillips received both his Bachelor of Music and Master of Music degree in trombone performance from the Shepherd School of Music at Rice University.